What is Draft Legal Racing?

Draft Legal racing is a style of Duathlon racing that allows athletes to draft off of one another on the bike leg of a Duathlon. This reduces the effect of drag on an athlete due to following the lead bikes slipstream. Draft Legal racing typically involves a lot of athletes riding in packs, like you might see in major cycling races and World Triathlon Series events.

What are the main differences in officiating for a draft legal race compared to a non-draft race?

First and foremost, the main difference will be that there will not be any drafting penalties given out by the officials during a draft legal race. Make sure you understand specific race rules by attending the races pre-race briefing, which is typically required for all athletes in a draft legal race.

What are the equipment requirements for a draft legal race?

The main difference to note for draft legal racing is that a road bike is required. Only traditional drop-style handlebars and brake levers are allowed – aerobars are not. Furthermore, all wheels must have a minimum of 12 spokes, so disc wheels are not allowed.

Full Throttle Duathlon will be a draft legal race and will be a practice event for the Mass Attack Duathlon in October; a 2023 World Sprint Duathlon Qualifier. 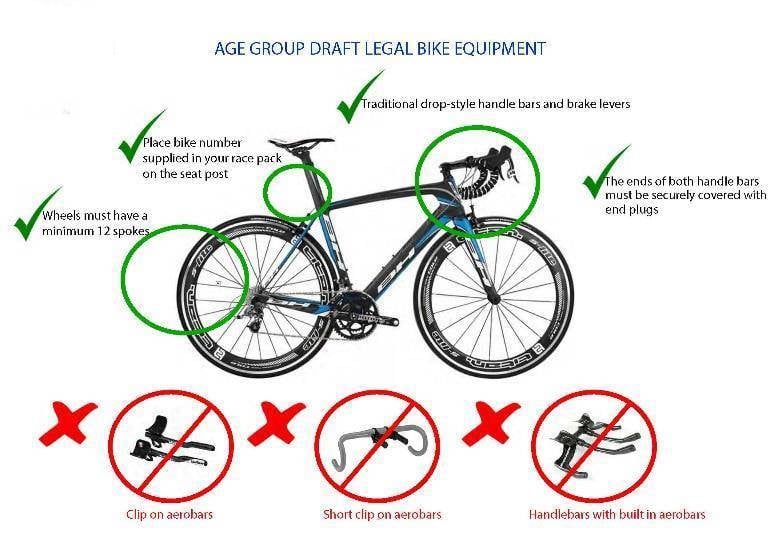